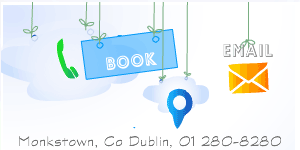 Spain Hughes-Fagan is the director of Ripcoder Club in Monkstown where she mixes her interest in coding and engineering with her love of teaching.

Spain moved to Ireland from Canada in 1999 after completing her MBA in marketing and IT. Spain worked as a web-developer, building content management systems for websites until 2015 when she set up Ripcoder Club.

It was though her involvement with the CoderDojo movement that Spain first became involved with teaching coding to kids.

Spain is also very involved in the Maker community and recently successfully completed a year-long project to established a Maker Lab and developed a Maker, Science-based educational projects program at Explorium, the National Sport and Science Centre.

Spain has 2 sons, -who are now very talented coders- whom she taught from a young age. She first started teaching code to other childen when she became involved with the Coderdojo as a mentor. Spain is still very involved in Cabinteely Coderdojo. After a number of her friends approached her about teaching their children, Spain decided to do what she truly enjoys full time and set up Ripcoder Club.

Spain believes that making classes fun and giving kids a sense of achievement is as important as making the fundamentals of coding easy for kids to understand. Kids learn most quickly when they enjoy what they are learning. She believes that teaching code to children should be quite different from teaching code to adults and she spends a large amount of her time developing curriculum for classes, with an emphasis on fun, that kids find exciting and rewarding.